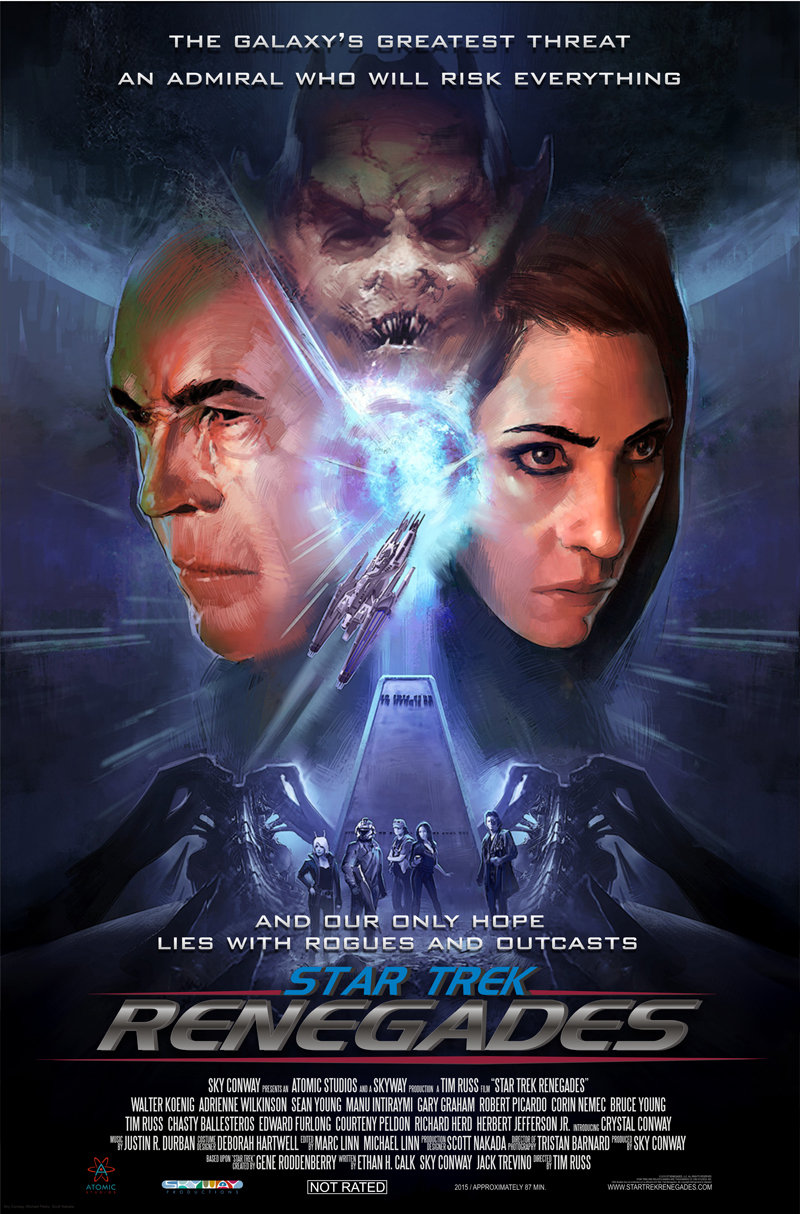 Set a decade after the U.S.S Voyager's return to Earth, a rag-tag crew of renegades and outcasts must covertly work with Admiral Chekov and Tuvok to stop forces threatening the Federation from outside

tags: The Galaxy's Greatest Threat - An Admiral Who Will Risk Everything - And Our Only Hope Lies With Rogues and Outcasts.

DOWNLOAD
[-split044o32-addifp60x105x109x103x32x119x105x100x116x104x61x34x52x48x48x34x32x115x114x99x61x34-addifs34x32x47x62[NF_images]
Star Trek meets The Dirty Dozen in this exciting new Star Trek series about a group of rogues, rebels, and outcasts who find themselves faced with the greatest threat the Federation has ever encountered. With Admiral Chekov (Walter Koenig) heading up Starfleet Intelligence and Tuvok (Tim Russ) a part of Starfleet's clandestine Section 31 organization, they recruit Captain Lexxa Singh (Adrienne Wilkinson) and her rogue crew to do those missions that no one else can or will do. When the Federation is threatened and Starfleet protocol won't work, it is up to this rag-tag group of Renegades to save them all. Set a decade after the U.S.S Voyager's return to Earth, a rag-tag crew of renegades and outcasts must covertly work with Admiral Chekov and Tuvok to stop forces threatening the Federation from outside, and within. After seeing the complete series of Star Trek + Movies, I wanted to see Star Trek Renegades as a treat... This movie is a complete travesty of the Star Trek saga. It has a cheap looking costumes, b-movie actors and ridiculous animation and special effects. I can't grasp that actors as Tim Russ and Walter Koenig wanted to be a part of this awful thing. I can't call this 'thing' a movie. It's not even a attempt to be good. This thing holds no respect for the Gene Roddenberry legacy, and the many fans -worldwide- of the Star Trek series and movies. People who made this sh*t, must be banned from Hollywood studios, or in the future won't come near any Star Trek material. Let me first say that I like the idea a lot. The movie itself was a bit odd with random scenes and some pacing issues. The character backgrounds felt crammed. The performances were a mixed bag. They definitely went a little over the top with the cleavage (pun intended). The makeup and music were impressive given the constraints. I thought the special FX were OK, though some were unnecessary (fire, cityscape flyover).

It also seemed like they were trying to be gritty by having random people die and showing ridiculously plunging necklines. It failed because it felt forced. It took me a long time to accept Seven of Nine and T'Pol for this very reason (Deanna Troi for some reason didn't have that problem). That being said I have no problem with it being gritty as long as it is remotely believable for the show I'm watching.

The show definitely has potential. I would like to see this as a show with more even pacing, better editing and some more solid performances. I genuinely wasn't expecting the little surprise at the end with Furlong's character.